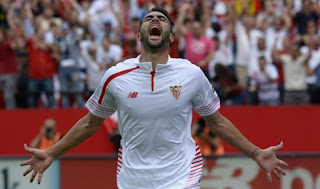 The Spanish football club Sevilla has rejected a €5 million ($5.7 million) sponsorship deal to advertise tourism in Israel on its players’ shirts.

The 2015 UEFA Europa League champions turned down the offer due to the “political connotations” of appearing to support Israel, according to the Spanish sports publication Mundo Deportivo.

Club sources told the sports website ElDesmarque that the image Israeli sponsorship would project “could be detrimental to Sevilla, especially taking into account present political issues and sensibilities and the Palestinian-Israeli conflict.”

The Israeli ministry of tourism offered Sevilla more than twice the sum it received in its last sponsorship agreement with Malaysia, according to a report in Israel’s Ynet.

In January 2009, Frédéric Kanouté, then one of Sevilla’s star players, was fined by the Spanish football federation for wearing a shirt with the word “Palestine” during a match against La Coruña. 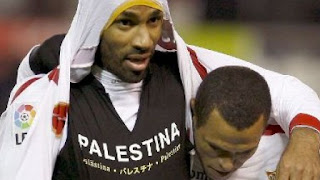 It was a widely appreciated demonstration of solidarity with Palestinians in Gaza who were at that time under massive bombardment by Israel.

As of now, Sevilla has not found a sponsor for the coming season, which means its players will take to the pitch with blank shirts, a blow to the Andalusian club’s finances, Mundo Deportivo says.

But it appears that even much-needed millions can’t tempt Sevilla to associate itself with Israel’s toxic brand – its signature massacres in Gaza, military occupation and settler attacks on Palestinians in the West Bank and mobs chanting “Death to the Arabs” in the streets of Jerusalem and Tel Aviv.