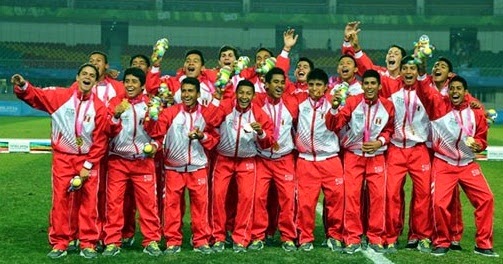 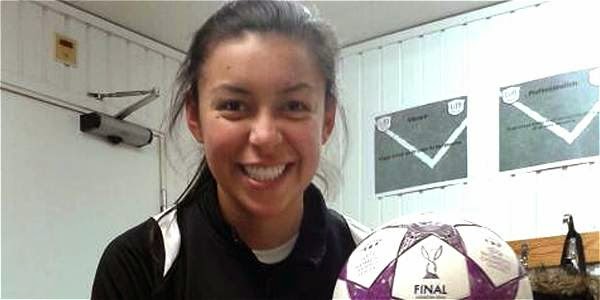 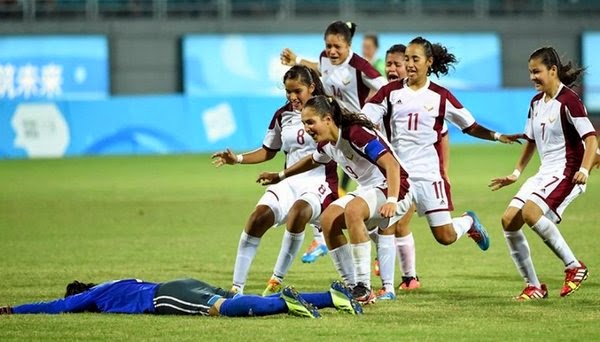 A Celtic message to Palestine 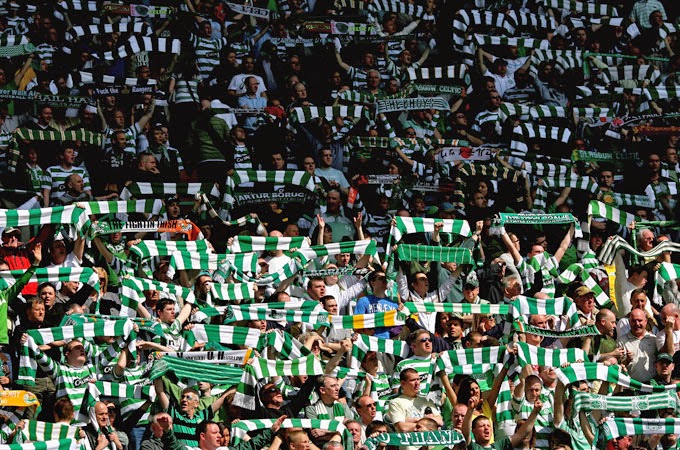 On the final day of the Scottish football season, one of the biggest crowds in Europe turned up to watch Celtic FC being crowned champions.

Nearly 60,000 fans danced and sang as their heroes demolished Edinburgh club Heart of Midlothian 5-0. Anthems such as "You’ll Never Walk Alone" and "The Celtic Song" mingled with tributes to players past and present.

Then something different happened. For a few minutes, in one corner of the stadium, a flurry of Palestinian flags flew proudly amidst the green and white colours of the home supporters.

A banner appeared reading: "Dignity is More Precious than Food."

This display of support for Palestinian hunger strikers in Israeli jails was organised by members of the Green Brigade, a well-known "ultras" group who describe themselves as left-wing, anti-racist and anti-sectarian.

An unnamed spokesman told the "We are all Hana Shalabi" website: "We did this in solidarity, to raise awareness and because it's the right thing to do. We want Palestinians to know we are thinking about them and encourage Scottish civil society to look at the injustice in Palestine."

Palestinian and Basque flags have been flown at Celtic Park since at least the 1980s. Celtic's identification with left-wing causes is said to reflect the sometimes bitter experience of the Scots-Irish community from which it sprang.

For most of the 20th century, Irish immigrants to Scotland faced prejudice and discrimination. Catholics were excluded from skilled trades and denied jobs in many of Glasgow's shipyards and engineering workshops.

Celtic's great rivals, Rangers, the club of the Scottish Protestant establishment, reflected this intolerance with their own sectarian signing policy - refusing to enlist Catholic players - a policy which continued well into the 1980s.

Historian David Potter, who has written over 20 books about Celtic, told Al Jazeera that their success "provided a rallying point for the Irish community and gave them their self-respect".

Many Celtic fans today regard the Palestinian struggle for national freedom and equality as similar to their own.

Potter commented: "Ulster and Israel are similarly artificially created states. They were created by the British as an attempt to retain their influence, even if this was at the expense of naked and brutal suppression of those who disagreed."

On the other side of the city, Rangers fans fly the Israeli flag alongside the Union Jack.

Some Ulster Unionists make a connection between their own minority status on the island of Ireland and Israel, standing alone against its foes in a hostile region.

Other Rangers supporters fly the Star of David as a tribute to the club's former Israeli defender, Avi Cohen, who died tragically young in a motorcycle accident in 2010.

However, Alasdair McKillop from the Rangers Supporters Trust says the Israeli flags at Ibrox are largely a manifestation of the tit-for-tat dynamics of Glasgow's intense football rivalry.

He told Al Jazeera: "I don't think many Rangers fans would list 'support for Israel' if you asked them what they thought it meant to be a Rangers fan. But in the world of Rangers and Celtic, every action has an equal and opposite reaction."

The sporting significance of this cultural divide is likely to grow, as Palestine's national team attempts to qualify for major tournaments and Israel looks forward to hosting the UEFA Under-23 Championship in 2013.

Palestine was accepted as a FIFA member in 1998, after the creation of the Palestinian Authority. Nabhan Khraishi, spokesman for the Palestinian Football Association, said they are "using sport to deliver a message to the world".

A national team is a powerful symbol among a nation without a state, but progress has been difficult. In 2009, three Palestinian footballers, Ayman Alkurd, Shadi Sbakhe and Wajeh Moshtahe were among those killed during the bombing of Gaza.

The National Stadium and the offices of the Palestinian Football Association were also destroyed.

"We are facing harassment from the Israelis," Khraishi told Al Jazeera. "Our players - and even our technical teams - are not allowed to move freely between Gaza and the West Bank, and are held up at international borders."

When Palestine played their first competitive home international last year, an Olympic qualifier against Thailand, eight Gaza-based players were stopped from making the short journey to Ramallah for the match.

"We are asking international organisations to pressure Israel to allow us freedom of movement," said Khraishi. "We are appealing to all sports clubs to stand with us."

Amir Ofek, press attache at the Israeli embassy in London, denied that Israel was deliberately targeting players. He told Al Jazeera that "almost-daily missile attacks" launched on Israel from Gaza were the only reason for imposing travel restrictions on Palestinians.

He added that Israel had the right to control who and what entered the Palestinian territories because of the security situation - and that it had to conduct checks to stop materials being brought in that could potentially be used for "hostile activity".

Most pressing of all is the case of Palestinian footballer, Mahmoud Sarsak, whose life is said to be at grave risk after beginning a hunger strike on March 19.

Sarsak is one of 300 Palestinian prisoners being held under "administrative detention", a procedure used to hold suspects for potentially unlimited time without trial.

He has been in Israeli custody since July 2009, when he was detained at a checkpoint as he travelled from his home in Gaza to join the Palestinian national squad for a match at the Balata Refugee Camp in the northern West Bank.

The recent wave of hunger strikes by Palestinian prisoners has mobilised widespread support and cut across differences of faith and geography. There are now wider calls from civic Scotland for a sporting boycott of Israel.

Pauline McNeill, a former member of the Scottish parliament and a prominent pro-Palestinian activist, told Al Jazeera that UEFA should reconsider its decision to hold its Under-23 Championship in Israel in 2013.

"Nelson Mandela said the sporting boycott was hugely significant in breaking the Apartheid Regime in South Africa," she said. "I believe it is time to make a stand that this is unacceptable. Amongst other things I believe that UEFA should not endorse the actions of Israel by playing the tournament in Israel as if it's just business as usual."

The new Scottish football season kicks-off in August. There are growing fears that Mahmoud Sarsak may never play again. 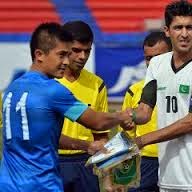 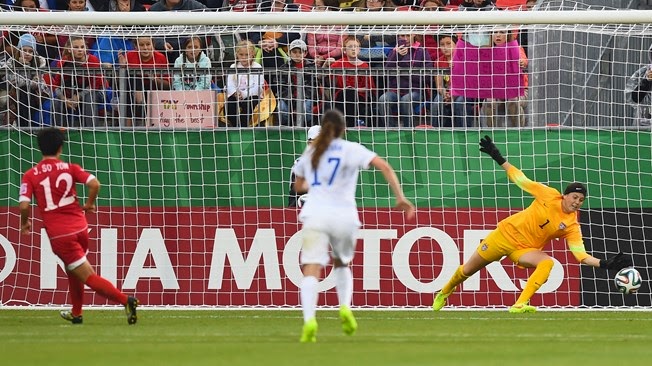 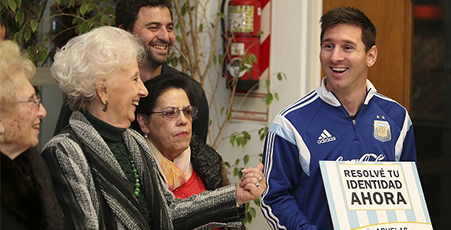 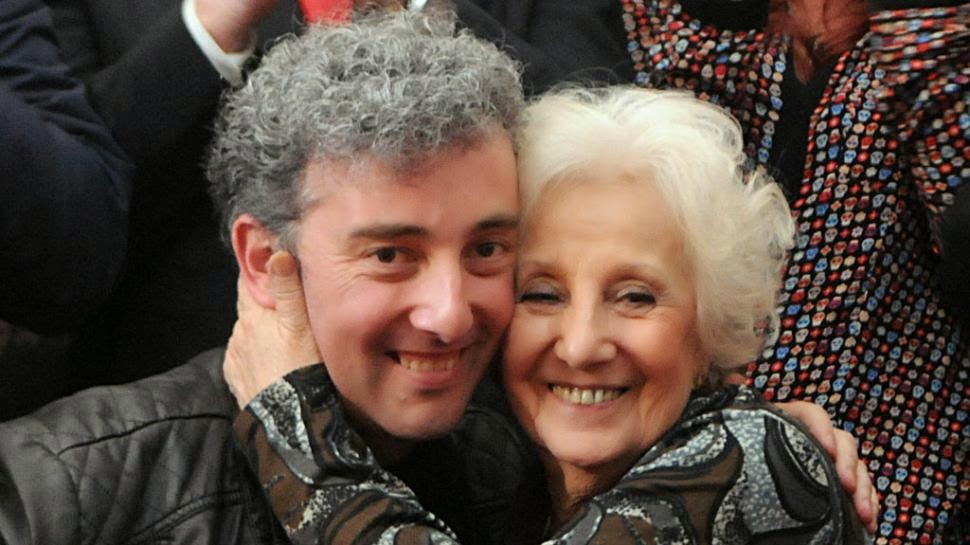 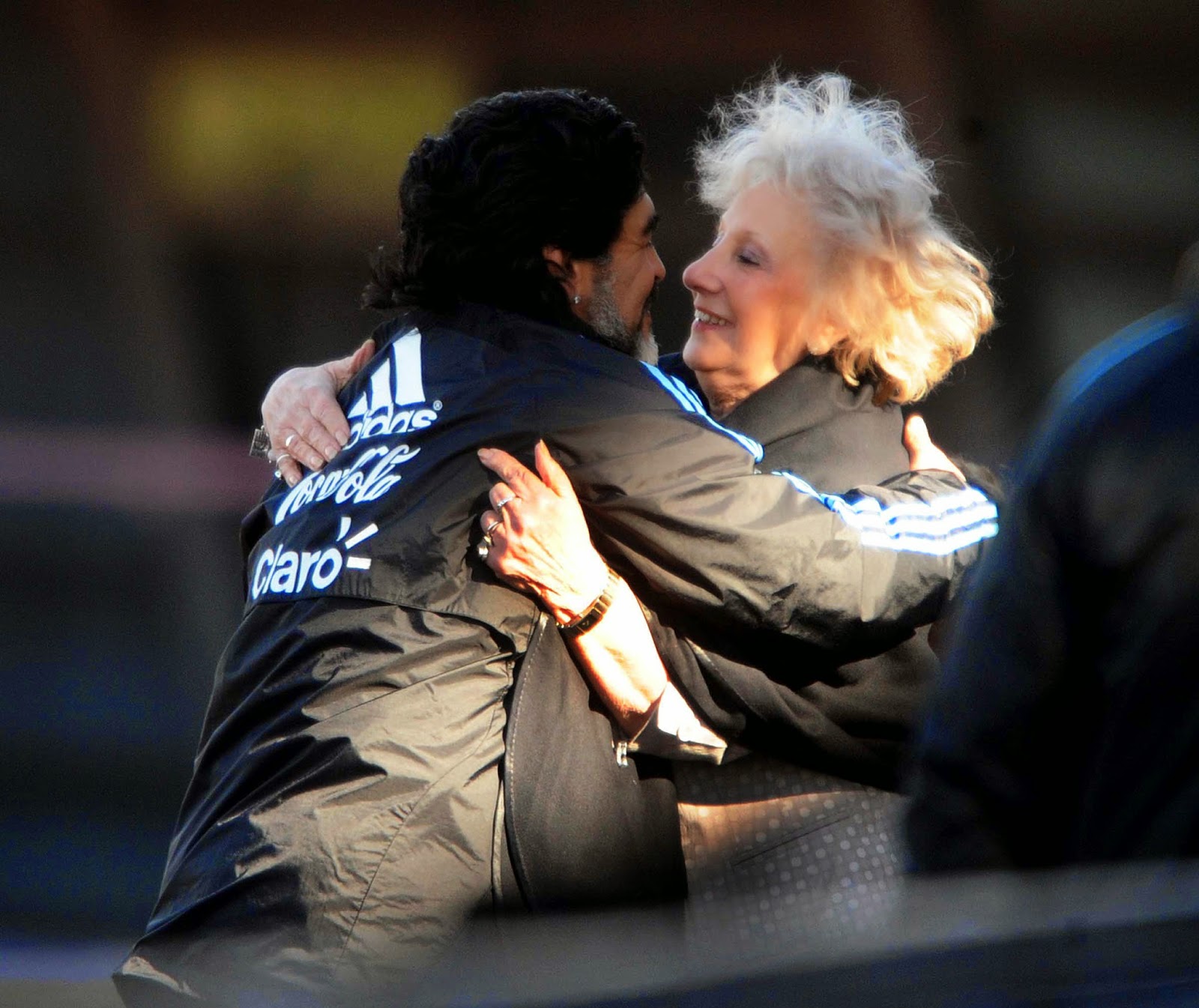 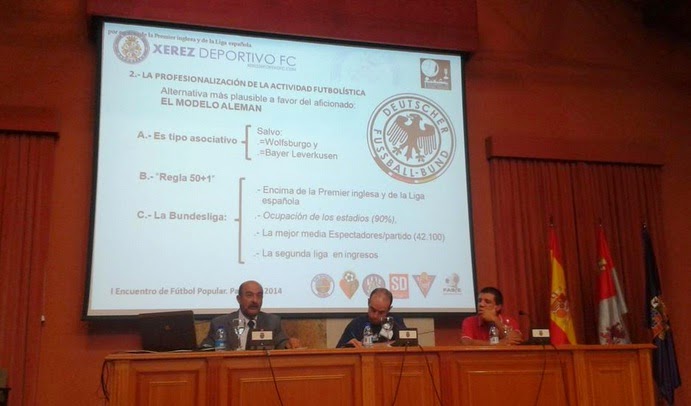 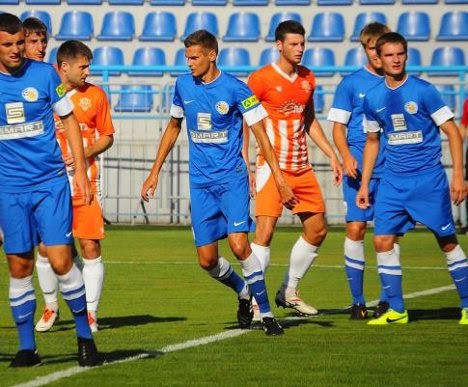 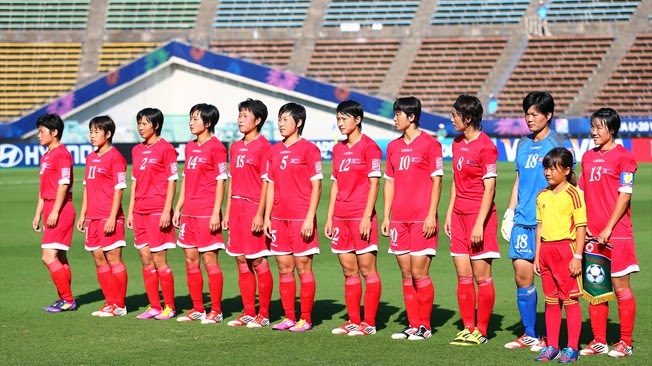