Hector Bellerín says there’s more to football than just spending money, and thinks there are other ways to build a team to be successful 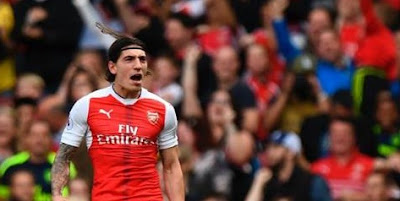 Speaking to the International Business Times after Arsenal’s 3-0 win over AFC Bournemouth, Bellerín was asked for his thoughts on the Gunners’ business in the transfer window, and whether the club had spent enough to succeed.

The Spanish international responded: “Football is not just about spending money. There are some clubs paying £100m and £200m on players but I do not think that’s the philosophy. The important thing is to build a good team, a good block and get results from there.

“Sometimes it takes time while other clubs use money. Each club has its own resources and its way of working. What matters is that on the pitch we give the maximum to prove that money is not everything.”

It’s hard for supporters to look at clubs like Manchester City spending £100m on a couple of full backs, and Chelsea and Liverpool spending £35m+ on the likes of Danny Drinkwater and Oxlade-Chamberlain and not be upset that the Gunners apparently can’t afford to make more than one monetary signing all window.

On the other hand, building a team through internal improvement does have its benefits in principle. If Arsenal could improve their team by letting the players grow towards their peak and gel with their teammates then this allows for the least amount of disruption.

A team like Manchester United have to integrate all their new signings. Of course, if they manage this quickly, like they seem to have done, then Arsenal’s advantage suddenly disappears. As Bellerin says, it’s up to the players on the pitch to prove that the philosophy Arsenal have can actually bring success.