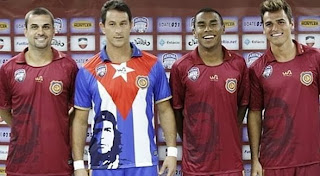 The shirts - consisting of a maroon outfield version and a Cuban flag-themed style for the goalkeepers and both carrying the iconic graphic of the Cuban revolutionary leader, Che Guevara - have been released to commemorate the 50th anniversary of Madureira Esporte Clube's tour of Cuba in 1963.  The years appear on the Brazilian third division team's collars and the sleeve features the Brazilian and Cuban flags as a small detail. 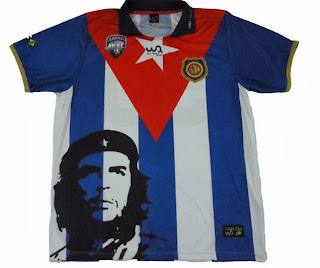 The Rio de Janeiro side's players met with Guevara in '63, as the Argentine-by-birth fan of Rosario Central came to watch one of the tour matches.