Sports and the struggle for socialism

A window into class society
By Dylan Wilkerson

Why is the Party for Socialism and Liberation, a party of dedicated communist revolutionaries, putting a sports column on-line? 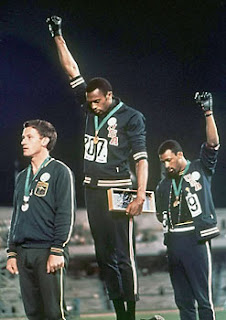 Many progressive-minded people have an understandable revulsion to professional sports. Between the Air Force fly-overs, “God Bless America” renditions, and the sometimes overwhelming racist and reactionary tone of the majority of sports journalists, professional sports can seem like a catalog of capitalist society’s contradictions.

Professional sports are a media spectacle to be sure. Every year, millions of workers in the United States turn their attention to the Super Bowl, the NBA Finals, the World Series, and other prominent athletic events. These events are huge money makers for the capitalist class. Billions of dollars change hands as corporations vie for the best advertising slots, the most prominent billboard advertisements along the field, the biggest star’s endorsement of their newest shoes, and so on.

Under capitalism, sports and other recreational enterprises are channeled into professional sports. The athletes are paid by owners who hire them to make a profit. The people, including those who enjoyed directly participating in organized athletics when they were young, are transformed almost exclusively into spectators. A socialist society would allocate resources to allow for the continued mass participation in athletics rather than relegating people to the position of pure spectator.

Sports, like so many different aspects of class society, have a contradictory character. Because of these contradictions, the spectacle of professional and amateur sports can and has been used as a platform and symbol of the struggle of oppressed people for emancipation.

During the 1960s and 70s, millions of African American workers were actively engaged in a struggle against the intense racism of American society. The civil rights and Black power movements helped politicize huge sectors of the American working class. In this historical context, great athletes like Muhammad Ali, Roberto Clemente, Tommie Smith and John Carlos inspired people across the world with their uncompromising solidarity with the oppressed. These sports heroes were often strong advocates in the struggle against racism.

The defeat of segregation in baseball

Athletics were still completely racially segregated just years earlier. As they had been for decades, “big league” sports were a white-only enterprise run by the racist capitalist class. Many white sports fans didn’t question this, but for the Black community and some whites this was a point of searing outrage and the focus of anti-racist organizing.

The first cracks in the world of sports apartheid came in baseball. Well past the first half of the twentieth century, baseball was unquestionably the most prominent professional sport in the United States. “America’s pastime” did not escape the suffocating racism of Jim Crow.

It was the home grown version of apartheid that barred Black players from the so-called Major Leagues. Some of the most prominent and talented baseball stars competed in three Black-only major league circuits in the 1930s and 1940s. In 1935, the Pittsburgh Crawfords’ lineup, a Negro League team, showcased the talents of no fewer than five future Hall-Of-Famers—Satchel Paige, Josh Gibson, Cool Papa Bell, Judy Johnson and Oscar Charleston.

It was the pressure from the Black community and the communist movement in the United States that ultimately broke the so-called “color line” in baseball. Some enlightened baseball capitalists also realized that the pool of talent in Black baseball could be accessed for their own success and profit.

When baseball began the process of integration in 1947, it was one of the country’s first signals of the social and political changes to come. The sight of African American player Jackie Robinson in Dodger blue helped inspire and embolden Black people across the country to demand greater equality in their lives and workplaces.

In modern American society, workers often have very few viable options ahead of them for professional and financial advancement. The day-to-day reality of working-class life largely shatters the bourgeois myth of “upward mobility.”

Most workers have few options: prison, the military, gangs, tedious and strenuous labor, or the tiny possibility of wealth and stardom afforded by a career in pro sports. Capitalist advertisers and journalists bombard workers with images of the glory, power and prestige of superstar athletes. This is, of course, primarily marketing, but it also motivates workers to place their hopes of success in a field where only a very small handful are afforded the opportunity to succeed.

For this writer, the importance of sports is both personal and political. The love of sports, the beauty and power of athletic drama, greatly excites me and takes more of my attention than some people close to me would like. But there is a greater reason to pay attention to sports with a regular column. Sports are a huge part of our society, and this website seeks to interact with and critique what is happening in the world with a new immediacy and a Marxist analysis. We need to reach out to our fellow workers in any way we can. Sports provide a window into the best and worst of our world, our culture, our moment in time.

This is the first column. In weeks to come, each column will focus on specific stories in the world of sports. I hope that bringing a Marxist critique to sports will inspire sports fans to look at the world with a critical mind and to join the struggle for change, the struggle for socialism.