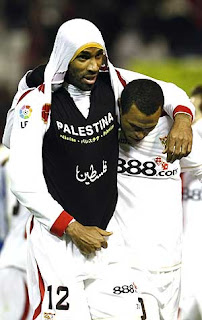 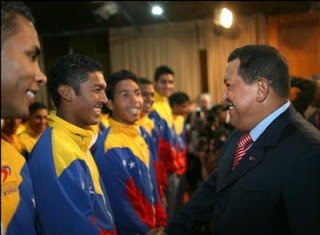 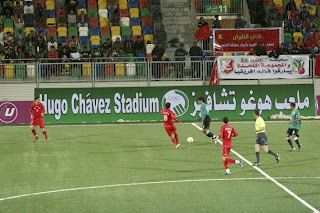 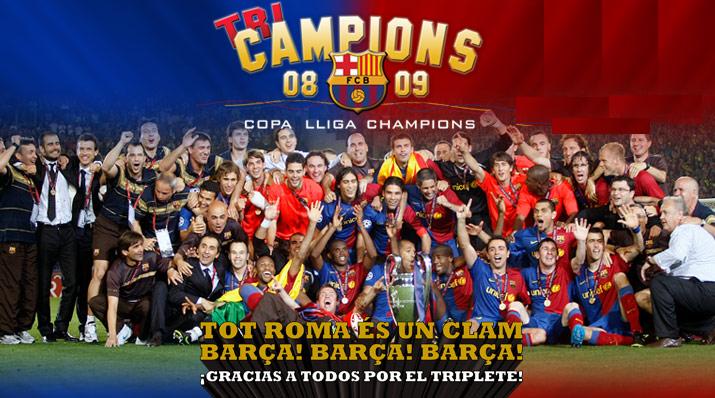 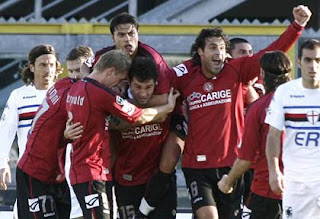 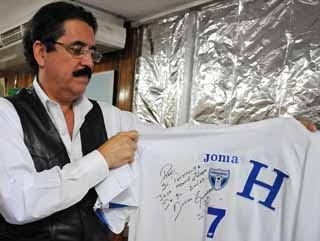 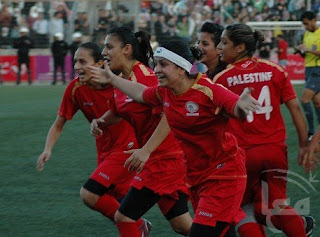 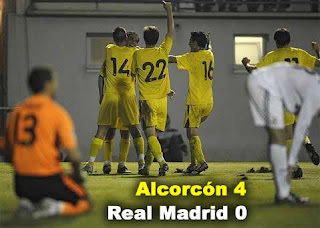 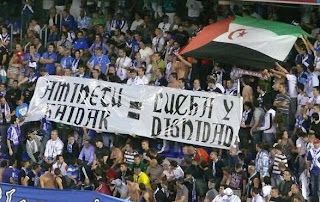 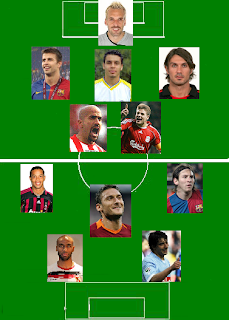 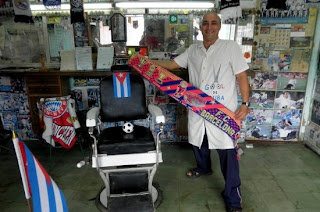 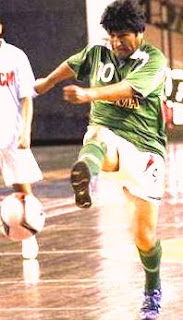 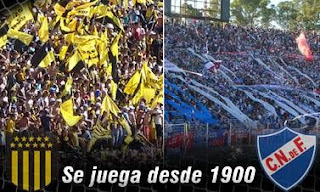 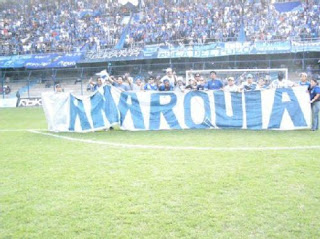 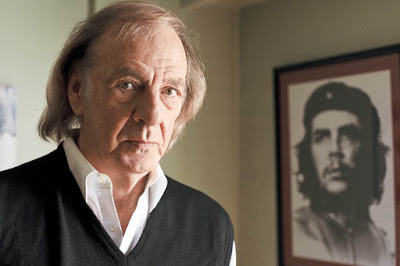 What does Israel have against a Palestinian stadium?

A friendly game between an Arab soccer team and a Palestinian team was supposed to inaugurate the new stadium being built in the eastern part of Al-Bireh, near Ramallah, at the end of the year. "Supposed to" because the Civil Administration, an arm of the Defense Ministry, has ordered that the work be halted and is threatening demolition.

FIFA, the international soccer federation, financed the stadium as part of a larger program to promote Palestinian soccer. The stadium covers 11 dunams (2.75 acres) and will hold 8,000 seats. An Israeli contractor, in partnership with a Dutch company and a Palestinian subcontractor, constructed the field.

In October 2008, when the field was ready, FIFA president Joseph Blatter and Palestinian Authority Prime Minister Salam Fayyad laid the cornerstone for the stadium. The governments of France and Germany are paying for the construction of stands. The outer wall, the lighting and the scoreboard are being financed by the Al-Bireh municipality, which owns the land and within whose jurisdiction the stadium is located.

In 1973, the municipality submitted for the approval of the IDF a detailed plan for the area where the stadium is now located. It received final approval from Israel's National Planning and Building Council and Supreme Planning Council in 1981. Nevertheless, on October 11 of this year, Israeli soldiers and representatives of the Civil Administration showed up at the site. They arrived via the neighboring Jewish settlement of Psagot, which overlooks Palestinian neighborhoods and was built on Al-Bireh land. They delivered a stop-work order from the administration to one of the workers (whose name was handwritten, in Hebrew, on it).

On November 1, the municipality received a "final" stop-work order - addressed anonymously to "the holder," from "the Supreme Planning Council's building inspection subcommittee," and issued by "Assaf."

The document claims that work on the stadium's stands is being carried out "without a license," and contains other standard admonitions: "You were given an opportunity to appear before the inspection subcommittee to state your case. The subcommittee has concluded that the aforementioned work was carried out without proper permission ... You are hereby obligated, in accordance with section .... of the 1966 City, Village and Buildings Planning Law, to cease activity upon and use of said land, and to raze the building ... and to restore the location to its previous state within 7 days ... If you do not act as required, all legal means will be taken against you, including demolition of the structure and any means required to restore the situation to its prior state, at your expense."

A German source has told Haaretz: "This could become a major diplomatic issue between Germany and Israel. Just imagine: A German-financed project being torn down. It would definitely be a political scandal."

Blots on the landscape

Why is the Civil Administration concerned with a soccer stadium located within Al-Bireh's municipal boundaries, which the IDF itself approved nearly 30 years ago?

It emerges that some of the land in question, which the municipality designated for a school and other public buildings in the early 1970s, had the misfortune to later be defined as being in Area C (see box). Amid the 11,000 dunams (2,750 acres) that fall within the city's bounds, there are several such Area C "blotches" - for the most part, in areas close to where the settlements of Psagot and Beit El, as well as IDF and Civil Administration bases, were built, on the lands of Al-Bireh and Ramallah. The headquarters of Jawal (the Palestinian cell-phone company) is located in Area C, as is the house of Dr. Samih Al-Abed, who heads the Palestinian team at the territory and border negotiation committee. Even part of the residence of PA President Mahmoud Abbas is in Area C.

The Al-Bireh municipality has not, however, received any maps from Israel demarcating the exact location of the parts of the town defined as Area C. Their location has been surmised, based on the tabu (Land Registry) documents submitted to the municipality, as per the 1995 Israeli-Palestinian interim agreement: The lots for which the Civil Administration did not submit documents to the city are understood to belong to Area C. But Area C is not a planning designation, per se.

"[It is] a political designation, which was supposed to be temporary - to last just 18 months," explained Al-Abed, an architect and city planner, and a former senior official in the Palestinian Planning Ministry.

"It is unjust, unreasonable and unfair to have to request and to wait for an Israeli license to build within the blotches of Area C that are within approved and recognized municipal areas," he said this week, pointing out that, "It is Al-Bireh that provides all services to the citizenry, including those bits of Area C that are in the municipal area: cleaning, garbage collection, maintenance, renovations, construction."

Musa Jwayyed, the Al-Bireh city engineer, says that over the years, various structures have been built in areas within the municipal borders that are apparently part of Area C, and that the city has also carried out the necessary infrastructure work in those areas, including preparation of a sewerage network, and the paving of roads and sidewalks - without requesting licenses from the Civil Administration.

Jwayyed: "Al-Bireh has another 18,000 dunams [4,500 acres] outside the municipal boundaries. Settlements sit on some of them, and the rest are private lands or our own land reserves. There I know I must have Israeli approval and coordination: such as for the renovation of the slaughterhouse, for reaching the municipal garbage-disposal site, for construction of a water-purification plant. But the stadium is located within the municipal boundaries that the IDF approved."

Ziv Nishri, the Israeli contractor who built the field, said in a telephone conversation: "The army knew about the project because it's impossible to do anything without the Civil Administration's approval. FIFA is the body dealing with the foreign minister. Without the umbrella of the Foreign Ministry, the army and the Civil Administration, nothing would be happening here."

When Nishri heard about the stop-work order this week, he was very surprised. "The plans for the stands are at least two years old. Even before we started on the project, I had the general plans for the stands, because we designed the field to fit them."

Officials at Al-Bireh city hall see a connection between the stop-work order, and the Palestinian refusal to return to the negotiating table as long as Israel does not freeze construction in the settlements, as well as the recent announcement by Prime Minister Fayyad of the planned consolidation of various Palestinian state institutions. The officials and local activists agree with Samih al-Abed when he says: "This is a typical kind of Israeli pressure, which means: 'Either you go back to negotiations or we'll punish you. We'll do whatever we can to upset your lives.'"

The coordinator of government activities in the territories responded to Haaretz: "Recently, there have been meetings and discussions between representatives of the Civil Administration and Palestinians at the very highest level, with the goal of resolving the issue of the construction of the Al-Bireh stadium. This has been in the wake of the official measures taken against the construction that was undertaken without the proper permits and in an illegal location. The Civil Administration is working with the civil-affairs ministry of the Palestinian Authority to prepare and submit an amendment to the existing zoning plan, and following that, the possibility of a permit, in principal, for the continuation of construction will be considered." 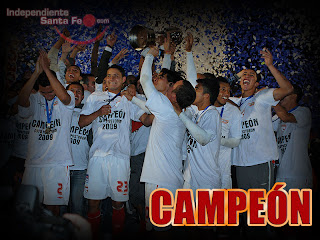 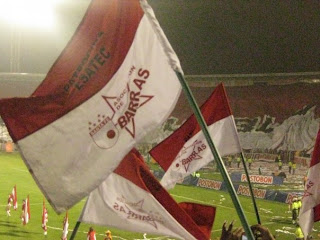 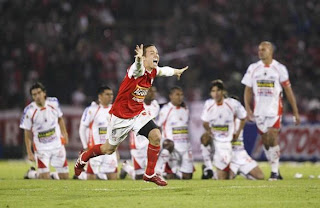 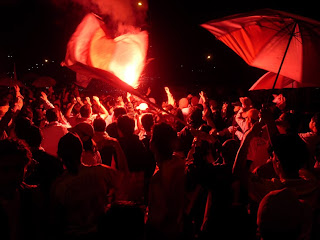 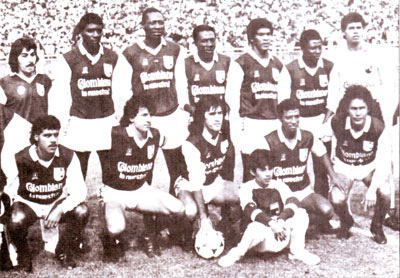